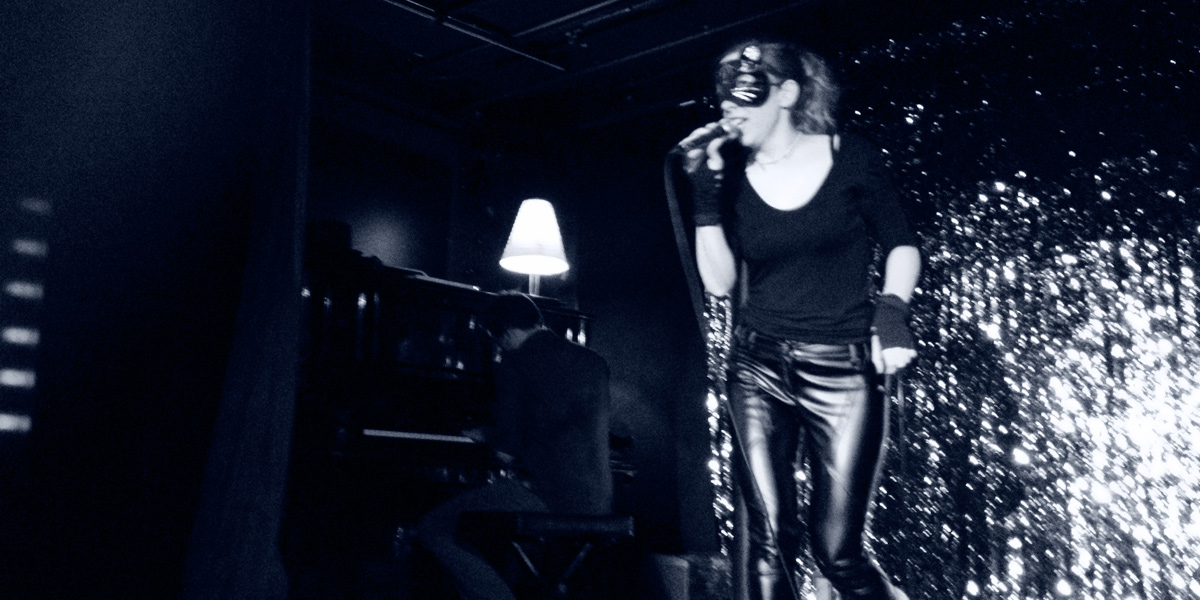 Press Release for “BODY TAG”, my collection of poetry in English, published on December 6th, 2018.

A conversation on air about BODY TAG – jump to minute 18 to hear me recite in English.

Hear me perform live from my latest book “BODY TAG”. My performance is announced and starts in English and German at minute 5. This was at Schamrock-Festival of Women Poets 2018 – International Poetry Biennal.

For numerous additional reviews and radio interviews, please see the German version of this page.

Feature interview, aired by the community based campus radio station of “Canada’s Capital University” in Ottawa.

“Her performances combine the spoken word, underlying rhythms and musical accompaniment that infuse into her shows a sensual quality that stays with you.”

ÜRBANTgarde2017 Server challenges about to be solved.

“Franziska Ruprecht developed as a performance poet in Detroit, where she won several poetry slams while studying at Wayne State University. She’s also been a frequent performer at the Munich Poetry Slam.
She says that she’s influenced by “the play between languages (German and English, sometimes French, too); the experimental approach of the Language School poets, especially Carla Harryman; sophisticated hip-hop music; everything that’s pop; the emotional mission of poetry; and the wonders of life.””

Ken Nash, article about one of my early gigs abroad, in Prague 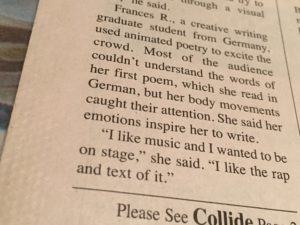 Detroit students’ newspaper reporting about one of my first gigs